Come to Virginia in the springtime

Today would be my mother’s 105th birthday. She was born in a time when it wasn’t considered acceptable for women to travel on their own, to make choices about career and family, or to develop their own voices. Certainly, some women who defied these conventions, but for most of her life, my mother wasn’t one of them.

It wasn’t until she was in her early 60s, at the height of the feminist revolution of the 1970s, that, on her own, she applied for and was hired for her first job. She even lied about her age to get it! She told Dad about it after the fact, and he begrudgingly “approved.”

It was in that job, taking telephone orders at a Sears catalog store, that Mom learned her worth. She soon became proficient at her responsibilities, and when she made mistakes, like the time she picked up the wrong line and thinking she was responding to someone who called with a question about fencing, asked a woman who called to order brassieres, if she wanted the kind that “stretched all the way around her property,” she laughed for days.

Mom could brush off her most humorous mistakes

Mom would have won high honors in any contest for the most self-depreciating woman, but at the same time, she could brush off her most humorous mistakes along with the flour that covered her hands after baking her famous apple bar. Her laugh filled my soul.

After a couple of years at her job, Mom complained to me that, time after time, she would train a newly hired young man and before long, he would be promoted and become her new boss. Mom came to resent this as much as she loved the independence earning her own money provided her. She understood that, even though she had more skills and experience, she wasn’t being promoted because she was a woman.

It was through that realization that Mom came to respect strong women. Secretary of State Madeleine Albright was her favorite. “She can stand up to any man,” she’d exclaim, with a sense of pride and admiration, when Secretary Albright came on the news. “I wish I could be like that,” she’d murmur to herself, and then look up at me, as if to say, “like you are.”

Whether she thought of herself that way or not, Mom taught me a lot about being a strong woman. She survived the death of her eleven-year-old daughter from polio, and of her husband from the heartbreak of their loss. In her early forties, she birthed two more children— my older brother and me—in complicated circumstances (that’s a whole nother story!), eventually marrying our biological father and moving out of state with him to avoid scandal and start a new life with a new family. And despite all that—probably because of all that—she gifted my brother and me with a solid moral grounding, concern for others, and a passion for living.

Mom died in 2002, at the age of 88, at my brother’s home in Virginia Beach, Virginia. Although I didn’t move to Virginia until 2010, I know Mom’s spirit is with me today as I invite you to gather in the beautiful Blue Ridge Mountains of Virginia, as a community of strong women who find inspiration in exploration, women who are willing to break with convention and use their voices as they follow their dreams.

My vision for Wandering WordsWomen

My vision for Wandering WordsWomen is a vibrant, active virtual community, one that’s tremendously enhanced when, every once in a while, as many of us who can gather in person to be inspired by women who are pushing boundaries, living their lives without concern for convention, and who value the written word as much as they do the unbeaten path or the winding road ahead of them. 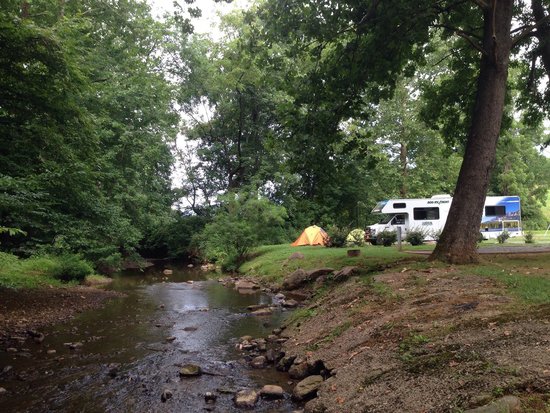 That’s why I hope you’ll join me and other women writers and wanderers for our inaugural Wandering WordsWomen Writers Retreat, March 29-31, 2019, at Misty Mountain Camp Resort in Greenwood, Virginia. Come together with other women writers who love to RV, camp, or just spend time outdoors.

We'll have presentations, writing-related workshops and classes, and a variety of activities all designed to fuel your writing and exploring lifestyle. And, if you have the flexibility, come a day early and participate in one or two intensive workshops on Friday, March 29:

Whether you’re a full or part-time RVer, camper, or outdoor enthusiast, if you’re a woman writer, don’t miss this opportunity to:

and, at the end of the day, relax around a campfire sharing stories of our journeys.

For more information and to register, visit Wandering WordsWomen Writers Retreat. Let me know what you'd like to learn about at a retreat like this.

ZEN and THE ART OF RV DRIVING

3 Keys to Launching an Online Business