Are RVing and camping synonymous?

I spent this past weekend in Hershey, Pennsylvania, for America’s Largest RV Show. Billboards on the approaching highways tout thirty-three football fields of RVs! On Friday I walked 10,000 steps and barely dented it. Saturday, I racked up another 10,000 steps through aisle after aisle of every RV and RV accessories imaginable. I saw something for every price range from $5,000 pop-ups to $650,000 Class As.

By the time I arrived on Friday, Sold signs adorned vehicles large and small— tens, if not hundreds of millions of dollars’ worth of new RVs ready to hit the roadways.

I climbed into one top-of-the-line Class A—and I say climbed because it had more steps than I have up to my house’s front porch—and counted 10 people lounging comfortably with plenty of room to spare. The only place it felt congested was in the laundry room—yes, I said laundry room—where a family of four was admiring the full-sized appliances.

I heard a woman express her pleasure that this model had a guest bathroom.

"A guest bathroom is such a necessity," she remarked.

It’s caused me to wonder, not for the first time, about this phenomenon called RVing. Specifically, are RVing and camping synonymous or are they two distinct, perhaps even unrelated, experiences?

Does pulling a behemoth into a resort campground, shelling out $75-$150 a night for a site, hooking up water, sewer, electricity, and cable TV, turning on the air conditioner and gas fireplace, and then preparing a meal in a well-appointed kitchen with a full refrigerator/freezer, convection oven, and four burner cook-top, watching a movie on a big screen TV, taking a luxurious hot-water shower, and crawling into a lavish king-size bed qualify as camping?

I try not to judge others, but I must be honest—I have trouble with these ostentatious displays. Who needs that much luxury to travel, especially to a campground? And I think what bothers me the most is that these extravagant dwellings on wheels have become the norm. I’m not talking about the half-million-dollar ones. Thankfully those are still exceptions.

And, yes, I even have my own model!

But when I see a motorhome for under $125K and think, “Oh, that one’s not too bad,” I know I’ve absorbed one too many sales pitches for the 21st century RV.

What is camping, anyway?

I understand that even the most modest teardrop trailer is not considered camping by some. Unless you’re sleeping directly on the ground, with or without a tent, you’re not camping.

I have a more generous definition.

To me, camping is about connecting with nature. Camping is about getting dirt under your fingernails, feeling the wind and weather on your face, listening for an owl’s hoot or a loon’s call, eating food smoked over a campfire, and staring into the flames long after everyone else has settled in for the night.

Camping is primal—a return to our roots as hunter/gatherers, a re-connection with the life source that makes us part of nature. It’s about taking an evening stroll and encountering a deer and her fawn, glimpsing a fox dart into thick woods, watching fish leap for water bugs on a serene lake. Camping is a respite from highway noise, an escape from the business of life to a slower, more peaceful pace. It’s about hiking a trail, kayaking a river, or climbing a cliff.

It’s also about mosquito bites, sunburns, heat rashes, and sore muscles. In other words, camping is raw, unpredictable, and demanding. That’s what makes it real.

So where is the line when camping isn’t camping anymore?

I try to convince myself that the kind of vehicle one uses for camping doesn’t matter. You can connect with nature in a small tent, a 13-ft trailer, or 65-ft motorhome. But can you really? Can you legitimately bond with nature when you’re burning fossil fuels at a rate of 5 miles per gallon? Does it qualify as an encounter with nature when only your sense of sight is engaged out of your large RV windows? Or does it take more than that?

My wife and I recently took a drive from our home in Richmond, Virginia, to Skyline Drive in Shenandoah National Park. It was just a day-trip, so we drove our Subaru Forester—no camping involved. We pulled off into several overpasses along the way and, at each one, I made a point of getting out of the car. I wanted to breathe the air, take in the smells, and touch the trees.

It was on one of the stops I captured these photographs of butterflies feeding. I never would have seen them if we hadn’t left our vehicle.

We also took a hike to one of the photogenic points along Skyline Drive. It wasn’t a long hike—only about a mile—but it was enough to admire ruins of ancient chestnut trees preserved by high levels of tannin in their systems 100 years after blight felled them.

We marveled at tadpoles swimming in a shallow depression carved out over centuries at the top of Stony Man Point.

We appreciated the persistence of this tree that forced its way through rock to sunlight and survival.

And we delighted in the beautiful colors from which the Blue Ridge Mountains take their name.

A view of the Blue Ridge Mountains from Stony Man Point

This day trip, which couldn’t be considered camping since it didn't involve sleeping, constituted more of an outdoor experience than many RVers have in a lifetime. I can't imagine travel without exploring the natural world around me.

Maybe that’s why I feel a closer connection with full-timers Jill Sessa, traveling around the country on her Vespa (Vespa and a Laptop), and Jaclyn Heyen, pulling a tear-drop trailer with her Harley, than I do with someone driving a late model 40 ft Class A who paid more for it than our house is worth. Jill and Jaclyn connect with nature because they are in it. Very little separates them from the wind, rain, sun, or stars.

For RVers to have this same experience, they have to make a point of getting out of their RVs. My wife's parents have a comfortable 5th-wheel trailer, but they know how to put on their hiking boots and explore the beautiful places around them. The primary reason they travel is to enjoy their encounters with wildlife and wild places.

Grappling with my own cynicism

I can’t help but feel cynical when so many RVers appear to have no appreciation of nature and no regard for the damage they are causing the environment with their RVs, including their production, fuel consumption, and impact on the natural world. They might as well be living in the middle of a major city.

There I am being judgmental again. I don’t know the motivations or the experiences of people—no matter what they’re driving or pulling—unless and until I get to know them. In fact, some research shows that full-time RVing causes less stress to the environment than living in a house. And how can I judge them when I plan to purchase an RV, albeit a small one, of my own?

I coined a new word yesterday when I was describing my impressions of the Hershey show to my wife. I said I knew I was being “fynical” about which RV I wanted to buy. I think that my subconscious was speaking louder than I imagined when I inadvertently combined “finicky” and “cynical.” After seeing hundreds of RVs, none of which exactly met our criteria, I fully embraced the Oxford Dictionary definition of finicky, i.e., “feeling fussy about one's needs or requirements.”

I’ve been certain too many times to count that we've found the perfect RV. Since my obsession with RVs started in the 1970s, with my dream of taking off for parts unknown in a Chevy van, it’s no wonder that I gravitate toward Class B camper vans. Yet, as I’ve gotten older and less physically agile, the appeal of something a little roomier has grown along with my girth. That has caused me to focus on several RVs that come close but don’t quite hit the mark. I find it hard to give up on my dream. 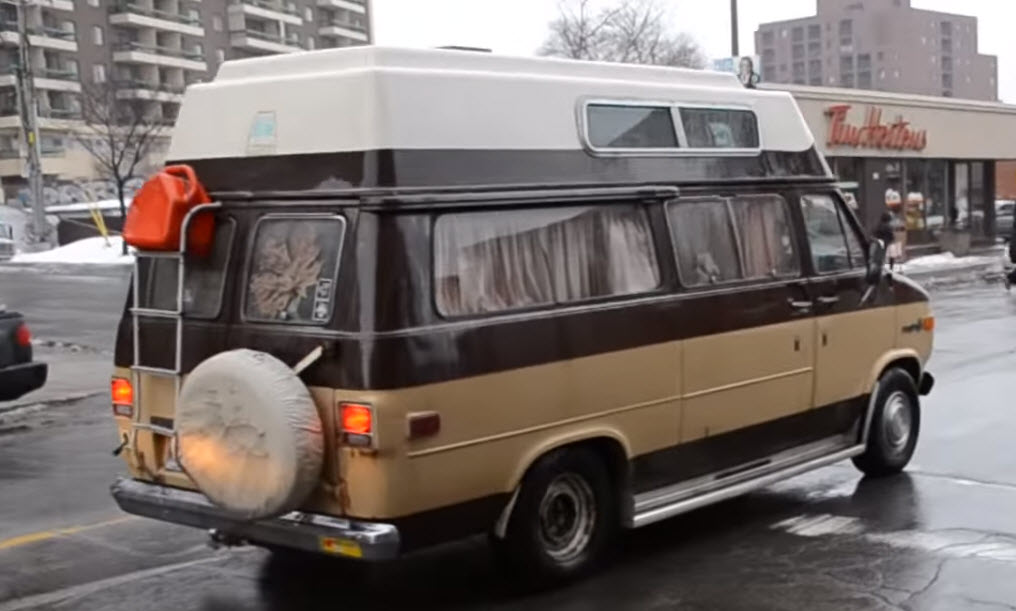 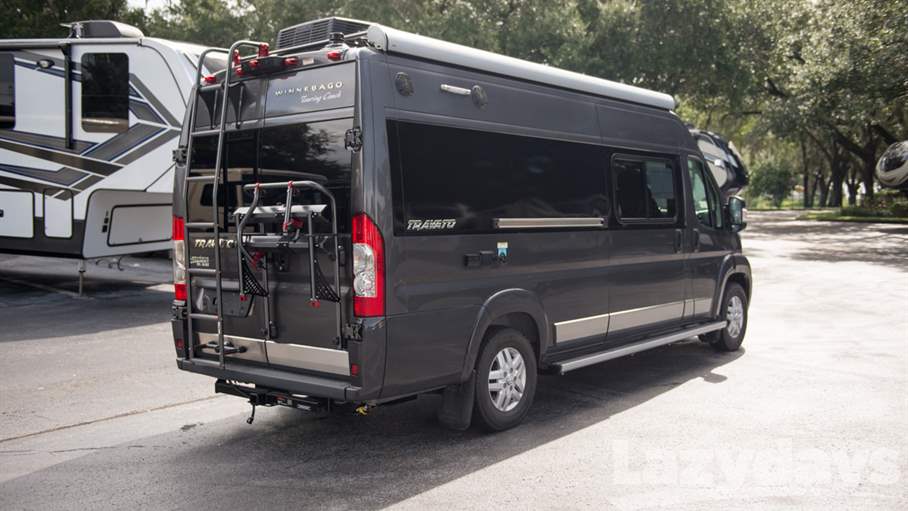 My dream van, then and now

At the same time, I struggle with the very idea of buying a motorhome—the cost, the environmental impact—all the things I grumble about when I see giant Class As spewing toxic fumes into the air.

So, in my fynicism, I give my family and friends whiplash with my indecision.

What Are RVers doing to protect the natural environment?

I opened this post with a question: are RVing and camping synonymous? As I draw this to a close, I can report that I have to answer no, they are not synonymous, but neither are they antonymous. In fact, that's not even the right question.

What I’m most concerned about is what we as RVers, campers, travelers, of any sort, are doing to protect our natural resources. That’s the real question.

As I begin to build a community and business around travel, especially RV travel, I want to make a commitment to doing what I can to promote environmentally-responsible travel. To that end, just today, I joined Leave No Trace Center for Outdoor Ethics, “a national organization that protects the outdoors by teaching and inspiring people to enjoy it responsibly.”

1. Plan Ahead and Prepare

2. Travel and Camp on Durable Surfaces

4. Leave What You Find

7. Be Considerate of Other Visitors

© 1999 by the Leave No Trace Center for Outdoor Ethics: www.LNT.org.

I like what I’ve seen of this organization and think it’s worthy of support. Once Wandering WordsWomen is a little more established, I will join as a small business partner, so I can actively promote their work with all of you.

I hope you'll consider joining Leave No Trace, too.

If you know of other environmentally-responsible organizations you think deserve our support, let me know and I’ll pass the information on to other Wandering WordsWomen.

In the meantime, I’m going to continue encouraging people to get out of their RVs, whatever size it is, to take a hike, build a campfire, watch birds, take nature photographs, get to know their campground neighbors, do something besides watch TV in their air-conditioned bubbles.

That’s what I mean by camping.

An Earth Day Lesson: Balance Begins with the Little Things

What it means to be creative